There are four types of inflation that impact every investor. Whether the effects are good, bad, or manageable depends on whether you're looking to invest money, or you've already invested it.

Inflation is defined as the sustained or gradual rise in general prices. Prices naturally fluctuate over time based on supply and demand. But a consistent increase is an indicator of inflation.

Sometimes, inflation is in your face, like when you pay tuition or medical bills, buy gas during an oil embargo, or Lysol wipes during a pandemic. But most of the time, it creeps up on you very slowly.

Your bank doesn't tell you how much more or less food you can buy this year versus last year. Instead, you'll find yourself thinking that cars cost a lot more than they did 10 years ago, or your family vacations seem to get more and more expensive each year.

The best example is baby boomers talking about buying candy bars for a nickel. Does ANYTHING cost 5 cents these days?

The 4 Types of Inflation

The most common definitions for the types of inflation are:

Price inflation is an increase in the price you're willing to pay.

Maybe something you want is in short supply, so you're willing to pay more to get it. Like those concert tickets that sold for $20 at Ticketmaster and seconds later appeared on StubHub for hundreds of dollars.

For investments, price inflation is manageable if you're looking to invest, because you're voluntarily willing to pay more. It's good after you've invested your money, because it leads to increased profit margins.

Cost inflation is a price increase that you're forced to pay, because higher production costs are being passed along to you.

If you're buying a gold engagement ring and the price of gold spikes, you're going to pay more for the ring because the gold used to make it costs more.

Cost inflation is bad if you're looking to invest, because you're forced to pay for it. It's manageable after you've invested your money, depending on how much it impacts profit margins.

Built-in inflation is an increase in prices "just because".

Your salary is the "price" your employer is willing to pay for your time. If you're like most people, you expect a raise every year.

Why? Because you and everyone else got one in the past. Or if you're doing more work, then you expect more money (even more built-in inflation).

This type of inflation is bad across the board, because it's the silent kind.

Hyperinflation is a rapid increase in prices, because the "value" of a currency plummets. Governments that paying off debt by increasing the amount of money in circulation (i.e. printing money) sets the stage.

This type of inflation is bad across the board; terrible if you're looking to invest, and only marginally better once you invest.

Keep in mind that the "types" of inflation are not the same as the "causes" of inflation. The causes create the types. Learn more about the relationship between the two on my Causes of Inflation page. 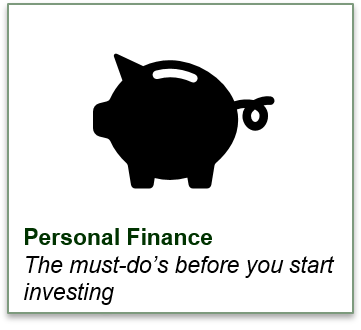