The beta calculation typically measures the relationship between the changes in the price of two assets or investments.

Most of the time, you'll hear investors and financial advisors mention "beta" when they're talking about asset allocation and diversification. This is because beta represents a concept called correlation; how closely a stock price will mirror the performance of an index or "the market".

Here's a brief overview of the concept, via slideshare:

The concept of beta comes from the Capital Asset Pricing Model (CAPM). Basically, the goal of diversified investments is to put together a group of stocks (i.e. your portfolio of stocks) with a combined beta as close to zero as possible.

In theory, a group of stocks with a beta equal to zero will rise and fall in price independently of the general market. For you, this means that your investing returns will remain steady and consistent.

Keep in mind that beta comes from a model. And as with any model, it is an approximation and does not hold true in every single situation. Think of it as a guideline, rather than a rule or law.

Since the markets are often thought of as an economic system, beta is also called a measure of "market" or "systematic" risk. Basically, this refers to the risk caused by price movements of the general market.

This is not to be confused with "systemic" risk, which is the possibility that an event at the company level could trigger severe instability or collapse an entire industry or economy...this Lehman brothers and the 2008 financial crisis. 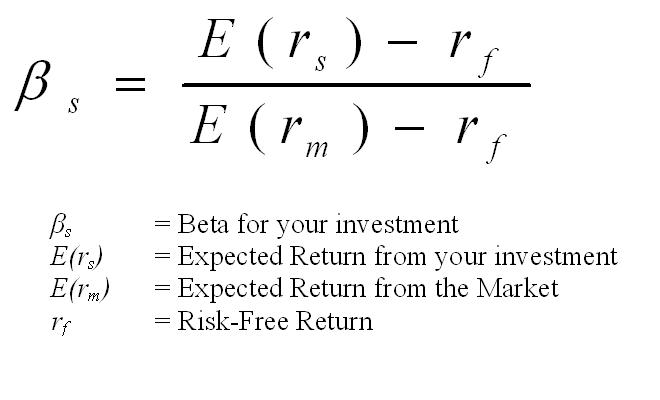 Expected Return from your Investment

This is the rate of return that you expect to get from your investment.

Expected Return from the Market

This variable captures peoples "guesstimate" on market performance. With the beta calculation, EVERYTHING is relative, so it is an absolute MUST to define "the market" in terms of an actual market index (S&P500, Dow Jones Industrial Average, NASDAQ 100, etc.).

For many, this is a chance to plug-in the 6%-8% long term return of the "market". Keep in mind that if you choose to use a "long-term" percentage, the Beta you calculate will also be for the same "long-term".

The rub is that the longer the outlook, the more uncertainty exists. And higher uncertainty means that your calculation for Beta is less likely to be correct.

In reality, a risk-free return is impossible. There is always risk, however slight. So that also means there is no truly risk-free investment vehicle either.

Historically, U.S. Treasuries are the closest thing to a risk-free investment, because they are guaranteed by the United States government.

So the expected return of U.S. Treasuries is used as a substitute for risk-free return, because it is as close as you can get.

How to Calculate Beta

Here is a simple and effective example of how to use the beta calculation. Suppose that you would like to know the beta value for one of Vanguard's S&P500 Index Funds (VFINX).

To keep things simple, I assumed an expected market return for the S&P500 of 8% and a risk-free return of 2%. And with a little research, I found that the VFINX mutual fund has an expense ratio of 0.18%. For more information on the importance of the expense ratio on your investments, click here.

Now we can plug our numbers into the beta equation: 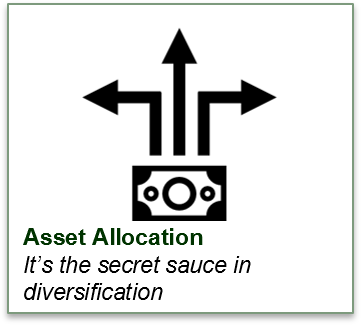