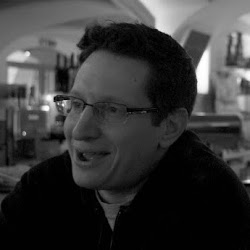 Joel Wenger (Google) is a lot of things, but most importantly, he's an individual investor...just like you.

He earns a living working at a consulting firm and is an avid motorcycle racing fan, back-country skier, and owner of Invest-Safely.com, one of the few sites devoted to the process of investing.

Mr. Wenger began his investing journey as we all do; making just enough money to to feel like he knew what he was doing.

Fortunately (although at the time, not so much), the market downturn in the early 2000's quickly revealed problems with his methods and sent him back to the drawing board.

As Joel searched for answers and made adjustments to his invest process, he realized that being "right" and making money were two completely different aspects of personal finance.

Through a combination of corporate finance, lean process improvement, and organizational strategy, he crafted the Principles of Safe Investing. These 10 rules formed the bedrock of his investing process and helped him avoid massive losses from the 2008 financial crisis.

Joel performed his graduate studies at the University of Michigan's Ross School of Business, focusing on Strategy and Entrepreneurship, while being a member of the Organizational Strategy club.

His undergraduate work was at GMI Engineering and Management Institute(now known as Kettering University). Joel pursued an automotive design concentration and a minor in Management, graduating with a Bachelor of Science degree in Mechanical Engineering. He was also a member of the Kettering Lacrosse Club (2000), and is an alumnus of Sigma Chi (Zeta Theta Chapter).

Return from About Joel Wenger to About Invest-Safely.com