Investment Speculation
Even the Pro's Do It

Contrary to the talking heads, investment speculation is NOT a bad thing.

In fact, unless you can predict the future with 100% certainty, there is no way for you to invest without speculating.

And that doesn't mean you're a gambler.

Gambling is not a strategy; it is an activity, something you do for entertainment.

Generally speaking, "speculators" enter and exit trades when they expect to make money. As an investor, your goal is to do the same thing (e.g. buy low, sell high).

Hopefully, your information is good enough that you can determine future price changes more accurately than other traders.

It is much easier to say it is a "trader's" market, being driven by "speculators" looking to make a quick buck. 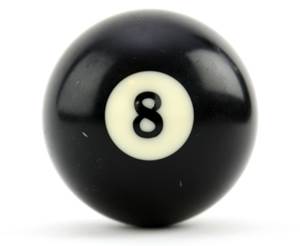 For example, publicly traded US companies have to follow "generally accepted accounting principles" (GAAP) when reporting their financial performance.

Investors familiar with fundamental investing techniques could use financial information with a high level of confidence (i.e. low level of speculation).

The same fundamental investor could choose to invest in a country that does not have standard accounting practices, leading to a lower level of confidence in the information. This investment would require a higher level of speculation.

Why is Speculation Important?

This concept is important because ALL investing strategies require prices changes in order to make a profit, so ALL strategies have some element of speculation. All investment techniques or tactics rely on financial information. The level of quality drives your level of speculation as well.

As individual investors, we can only know so much about an investment and all the factors that could influence its price. Benjamin Graham, a conservative investor by all accounts, admitted as much in his book book, "Intelligent Investor":

"...some speculation is necessary and unavoidable, for in many common-stock situations, there are substantial possibilities of both profit and loss, and the risks therein must be assumed by someone."

And even the pro's get it wrong from time to time; just look at Jim Cramer!